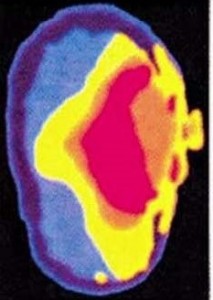 It’s ironic that they are called “Cell” phones because they are altering every cell in our body. They should be called Cell “Altering” phones. Dr. George Carlo, author of Cell Phones: Invisible Hazards in the Wireless Age, detailed in 2001 the effects to every cell in the body when holding a cell phone. Extensive research since then is proving the following:

The cell phone industry isn’t going to offer protection until pushed to do so. Selling a cell phone without protection is like selling cars without seat belts.

The most effective method of protection from cell phone radiation is complete avoidance, although not likely, given that there are 6.8 billion cell phone subscriptions worldwide.  If that’s not possible, start by taking these precautionary steps: