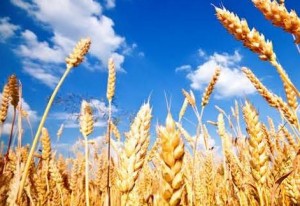 Now that we have increased our water consumption and added some regular physical movement it is time to make some changes to our daily food intake. Yes that means giving up some of those foods you love SO much! But before you stop reading let me explain why that is and the benefits you will receive. Gluten and Gliadin are the protein components of wheat and many other grains. Gluten is the sticky protein that many people are sensitive to even if they do not experience the commonly known abdominal discomfort. These proteins are very difficult for the digestive track to break down and lead to a pasty residue in your gut which interferes with the ability to absorb and break down nutrients. This will alert the immune system to take action creating an assault on the intestine or other areas of the body.

The glue of gluten is a protein composite that acts as an adhesive material holding flour together to make bread, crackers baked goods, pasta and pizza dough. The soft chewy bread products owe their gumminess to gluten. Gluten also plays a key role in the leaven process allowing bread to rise when wheat mixes with yeast. Most people consume gluten through wheat but gluten is also found in a variety of grains including rye, barley, spelt, kamut and bulgar. It is also found in oats unless specifically stated that they are gluten free. Gluten is one of the most common food additives on the planet, found not only in processed foods but also in personal care products that acts as a stabilizer agent and filler. It helps cheese spreads and margarines retain their smooth texture and prevent sauces and gravies from curdling.  It thickens hair shampoo and conditioner adds volume to mascara.

Gluten sensitively is a modern poison that has far reaching effects.  The gluten content and structure of gluten has dramatically changed since its original form. When you eat 1 slice of bread today it is like eating 5 slices of bread from 60 years ago.  Celiac is an extreme manifestation of gluten sensitivity.  Many experts estimate that 1 in-200 people have celiac however this conservative calculation is probably closer to 1 in 30 since so many individuals remain undiagnosed.  1 in 4 are vulnerable due to genetics alone.

Gluten is not a single molecule; it is actually made up of two main groups of proteins, the glutenins and gliadins . A person may be sensitive to one, both or any of the smaller 12 units that make up gliadin.

Any of these can cause a reaction leading to inflammation anywhere in the body; any organ can be affected including brain and nervous system even if there is no apparent intestinal disorder.

When the body negatively reacts to foods it attempts to control the damage by sending out inflammatory messenger molecules to label the food particles as enemies. This leads the immune system to keep sending out inflammatory chemicals and killer cells as well in a bid to wipe out the enemies. Inflammation is the corner stone to many brain and nervous system disorders and can be initiated when the immune system reacts to a substance in a person’s body.  When antibodies of the immune system come into contact with a protein or antigen to which a person is sensitive the inflammatory cascade is provoked releasing a whole host of damaging chemicals know as cytokines. Gluten sensitivity in particular is caused by elevated levels of antibodies against the gliadin component of gluten. When the antibody combines with this protein creating an anti-gliadin antibody specific genes are turned on in special type of immune cell in the body. Once these genes are activated inflammatory cytokine chemicals collect and can attack the brain, damaging tissues and leaving the brain vulnerable to dysfunction and disease especially if the assault continues.  An estimated 99% of people whose immune systems react negatively to gluten don’t even know it!

These silent sensitivity symptoms start in your daily bread and the intricate connection between the gut, know has the second brain and the brain in your head.

This month’s challenge is to remove all gluten and gliadin containing grains from your diet. It may take longer than one month but you will start to notice big changes!

Book a consult   with Marlene or Lynne to resolve these an other health issues.